A welcome return to this nature reserve just to the south-west of Lincoln. Our task – to help to
create a habitat suitable for nesting nightingales. Whisby is one of the northernmost sites for
nightingales and sadly numbers have declined in recent years. This summer there were two new
males singing away, but they were not successful at attracting mates. So it was decided to do some
work near where they had been singing, to try to create the dense shrubby habitat that these
secretive birds like to nest in. You may be surprised to learn that they usually nest on the ground or
just above it – apparently at about the height of a Labrador dog’s nose, which is one reason why
dogs are not allowed off the lead in the Park, including the nightingale walk around Coot Lake!
We coppiced an area of tall, spindly clumps of hawthorn and blackthorn. It was hard work, as high
up the branches had grown together into tangled masses, so we didn’t clear as much as we had
expected to when we first arrived at the site. The thorns were an added hazard as we cut up the
material and created a dead hedge and large habitat pile. However, we enjoyed the day and all being
well the coppiced trees will quickly put on new growth and form the dense scrub that will encourage
female nightingales to nest there. We will be watching future developments!
​Jude 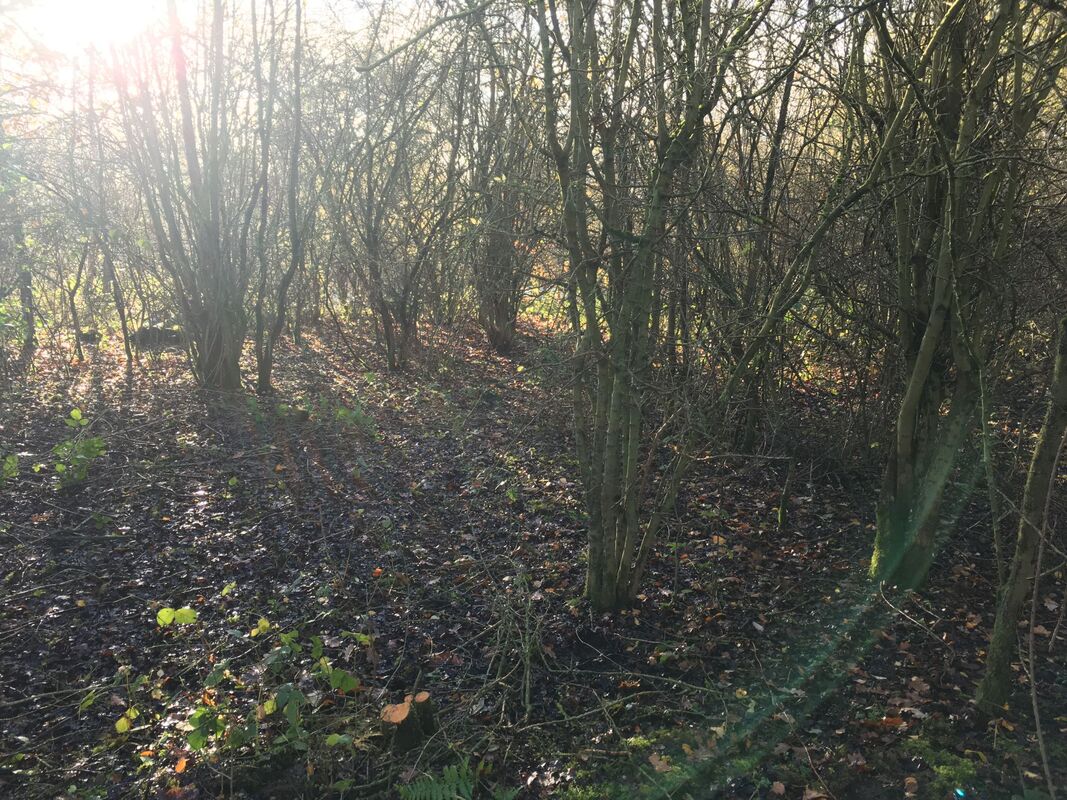 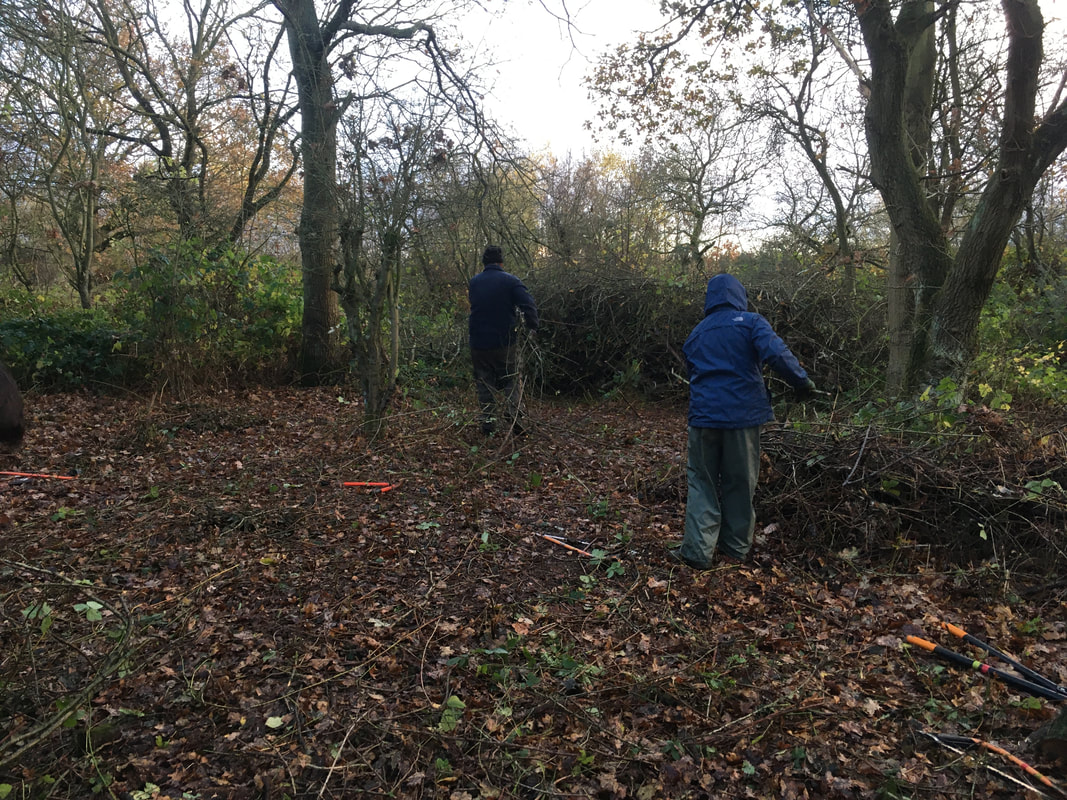 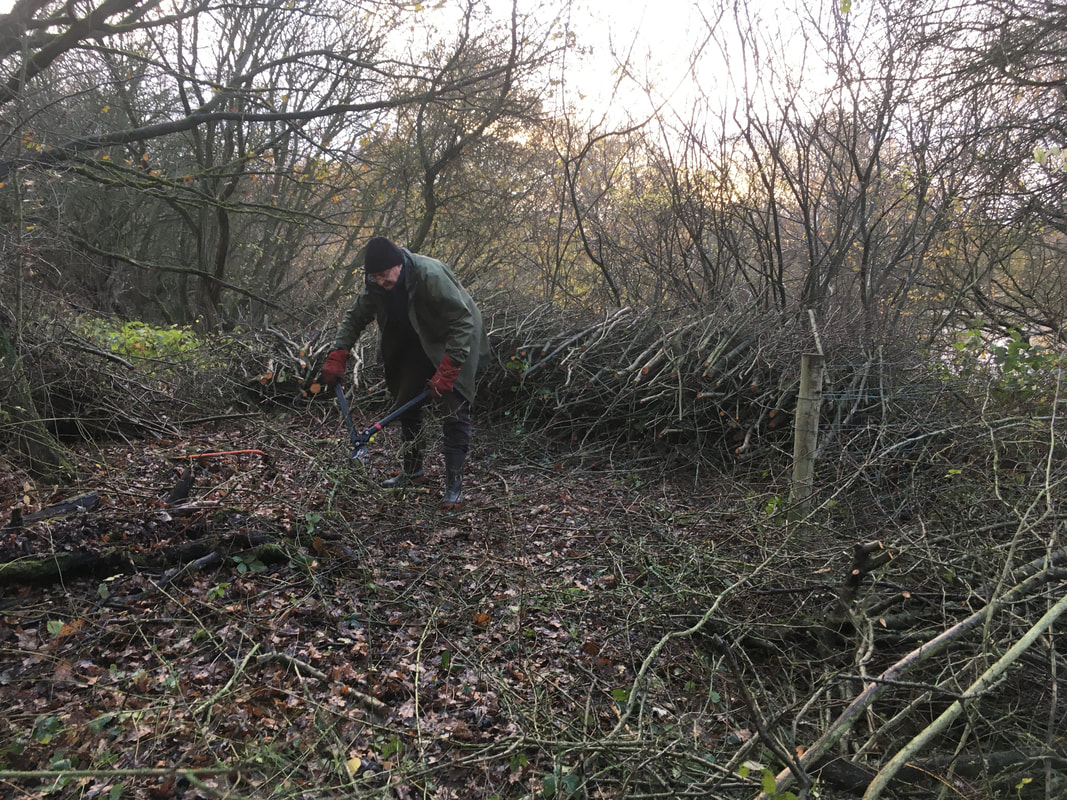 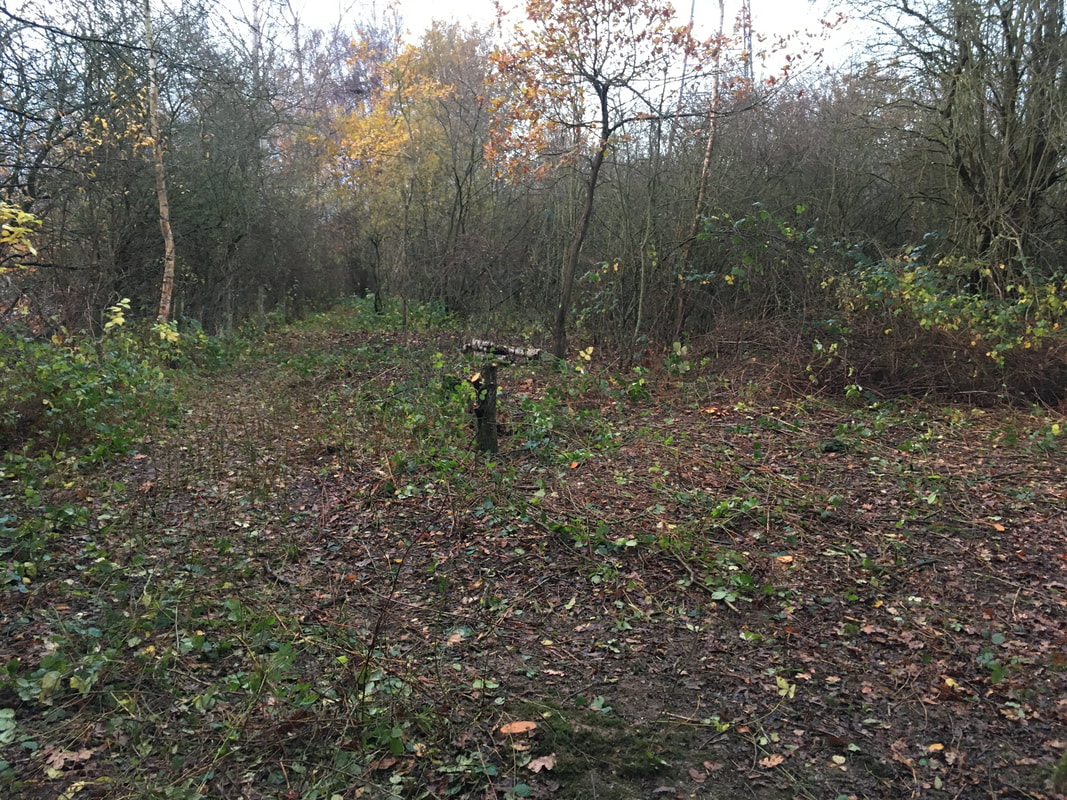